The word “Qurban” appears thrice in the Quran: once in reference to animal sacrifice and twice referring to sacrifice in the general sense of any act which may bring one closer to God.  Every year, during Eid al-Adha, Muslims around the world slaughter an animal – typically a sheep, goat, camel or cow – to commemorate the Prophet Ibrahim and his ultimate sacrifice.  Meat is an important source of vitamins and minerals. In many developing and emerging countries, however, it is an almost priceless luxury for many people. According to the United Nations’ Food and Agriculture Organization, annual per capita consumption is 4 kg in Bangladesh, 4.4 kg in India, and 6.3 kg in Sri Lanka. In African countries, the consumption is only slightly higher at 7.8 kg in Mozambique, 8.1 kg in Gambia, 8.8 kg in Nigeria and 9.6 kg in Tanzania. With the Qurban campaign, Hasene International reaches the needy in 100 countries in the world for this important worship service by distributing the Qurban shares. Every year we are active in over 100 countries worldwide to distribute the meat of the donated Qurban shares.

❝ THAT THEY MAY WITNESS BENEFITS FOR THEMSELVES AND MENTION THE NAME OF ALLAH ON KNOWN DAYS OVER WHAT HE HAS PROVIDED FOR THEM OF CATTLE. SO EAT OF THEM AND FEED THE POOR.  ❞

What is the pool system?

Since the prices for a sacrificial animal differ from country to country, the donations received are collected in a pool. From there, they are forwarded to the job sites as required

In which country is my sacrificial animal slaughtered?

All donations received are used to slaughter sacrificial animals. However, due to the pool system, we cannot make a precise statement about the country in which an individual donation is used. A local donation is not possible.

How can I donate?

Select the category “Qurban donation” under the heading “Donate now” on our website. Click on the “Qurban Campaign” and enter the desired amount of donation. Confirm with “Next” and now fill in the fields with the necessary information so that the donation process can be successfully completed. Alternatively, you can send an e-transfer to donate@hasene.ca indicating that the donation is for Qurban. We have 5 offices across Canada, you may want to visit our regional offices and donate in person in cash or by check in the Hasene donation envelope. Our branches will be happy to answer any questions you may have about the donation process.

Are donors informed that their kurban has been slaughtered?

Provided that we have the contact details, donors can be notified by SMS, email or by post as soon as the sacrifice has been made. 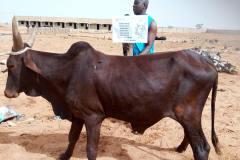 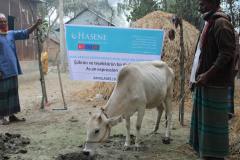 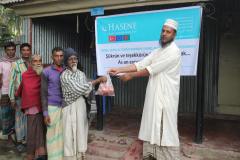 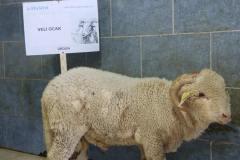