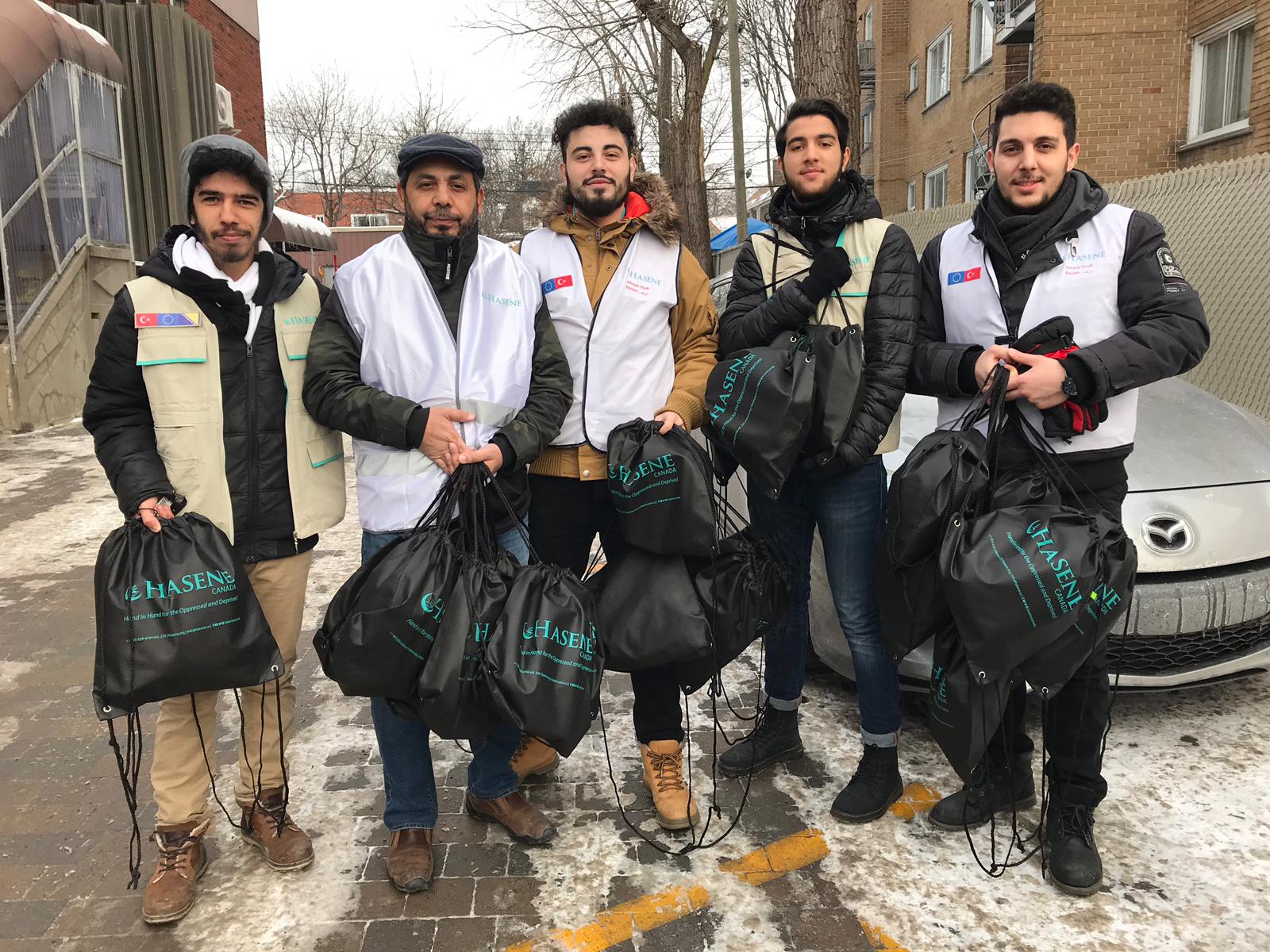 Along with other volunteers the head of Hasene Canada, Mr. Talat İbrahim distributed winter bags as part of Hasene’s annual winter relief campaign. Mr. Ibrahim reminded that the coldest days of the country were experienced and said, “We are a foundation that set out to help humanity. In this country that opens its doors to us, there are too many homeless and poor people we call homeless. ” Explaining that they put winter gloves, scarves, health supplies and some food in their bags, Talat İbrahim said, “These people are strangers. They don’t want anything from anyone, but if you give them, they will. We could not be indifferent to these people who live in the same city and see every day. In this freezing cold, even when we chill in our house, they lie on the street. The streets are deplorable.”

Stating that they did this kind of aid in Toronto and again in Montreal, Talat İbrahim said, “We went to the streets late at night and distributed the hot soups we filled with thermos along with bread. Now, we went street by street in Montreal and gave these bags again. The air temperature was at -30s. The police took many of them and took them to the warming centers, but we will continue to distribute relief bags throughout the week. ”

Saying that Hasene Canada was established in Germany in 2010, İbrahim said, “We have branches or representative offices in more than 100 countries. Every month during the month of Ramadan and Eid al-Adha, we provide aid to the regions of the world where we experience hunger and misery with the donations we collect. During the winter, we will continue to distribute aid to the homeless and poor in various cities of Canada. ”

NEWS – You will come back, right?

NEWS - You will come back, right?

[vc_row][vc_column][vc_column_text]VIETNAM "You will come back, right?" As part of the...

[vc_row][vc_column][vc_column_text]"Help that gives hope." Hasene has carried out an emergency...